There's a reason why that phrase is out there. What YOU think is your killer, money-making idea may not really be such a good idea. It's best to stay employed with your current job WHILE you pursue your dream job.

Unless you're a Goofmart Grocery manager.

A friend of mine is a pharmacist at a Goofmart Pharmacy on the other side of town. He has (had) a manager over there that recently resigned from Goofmart Grocery. The manager quit his job, packed up the whole Fam Damily, and moved to the Big Apple. If you can make it there, you can make it anywhere! And what's he doing in New York? 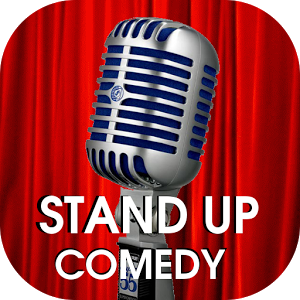 Pursuing a career in stand up comedy!

So I figure there's one of two things happening here:

1. The stress of Goofmart finally sent him over the edge, destroying his ability to carefully weigh the consequences of such an action.

2. Working for Goofmart has led him to such a mass amount of "material" that he'll be able to make fun of the company for years and years.

I still don't think he should have quit his day job.

Or maybe, just maybe... I'm jealous because he stole my idea.
Posted by Crazy RxMan at 4:00 AM