A Life of Quiet Desperation

If you're a pharmacist or pharmacy technician, here's something that's probably happened to you. It doesn't happen very often, but it is ANNOYING.

Your post modern computer running the latest version of Windows pops up with some new e-Scripts. Quickly, you massage the data into your system, adjudicate, print, and fill. These were prescriptions sent over from the prescriber to your pharmacy. Time is of the essence, man! The patient desperately needs these medications, and if you work in Snootyville like I do, the patient is already on the way.

And then it happens... the patient arrives. You're feeling good because you have everything ready to go, ahead of schedule. Crisis adverted. The patient will be happy. The prescriber will be happy. All is good and right with the world. They will sing songs of our courage and bravery throughout all of Westeros...

...but wait. Seven Hells, the patient doesn't want all the medications. In fact, she only wants ONE of them. "Oh, I don't need all those. I only need the one for anxiety," she will say.

"But why did the doctor send all these prescriptions over here if you didn't want them filled?" you will ask.

"I just want them to be on record for when I want them," she will reply.

"But you do know that when prescriptions get sent over electronically, we're going to fill them, right?" you will ask. "That's what we do here."

"Yes, I know," she will say, picking up her Medicaid-paid zero co-pay anxiety med and then skip her way down the aisle like Dorothy on the Yellow Brick Road. 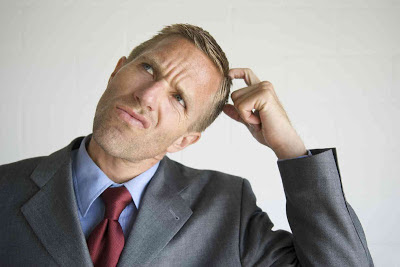 This is why most pharmacists have lost all personality. We're a sorry lot. Most don't smile, for the mass of pharmacists lead lives of quiet desperation. What is called resignation is confirmed desperation. A stereotyped but unconscious despair is concealed even under what are called the games and amusements of mankind. There is no play in them, for this comes after work. But it is a characteristic of wisdom not to do desperate things. They sing not, and for those that never sing, they die with all their music in them. 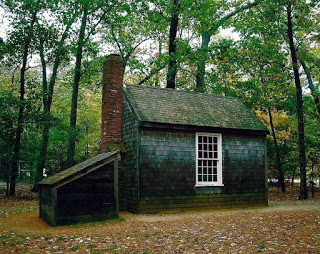 I think you could make a fortune if you could design a software tweak that would allow a provider to send renewals to your pharmacy somehow marked to have them "on file" rather than filled at that time.

My doc is guilty of the exact same thing. I get 90 day supplies of my meds and I see the doc once/year. I get enough refills on my script to last until my next visit. At my visit he'll say "I'll send your renewal now" and I'll remind him that I still have 45 days+ left in my bottle and don't need the meds yet. He then replies "they'll be there when you need them then."

This must happen all the time. Why isn't their an option to just essentially add more fills to the script or keep it in the system until x date?

Why indeed. As a doc, it is a continued problem. Some of the mailorder pharmacies will just add refills, but are aware of when you fill them and will not fill the script until it is time as you suggest, but it seems most local pharmacies do not have that capability. The inconsistency is a problem. And if you do not fill a script at a visit, then you have to take time looking at the refill request later, reviewing the chart to see when the patient last was in and making a decision as to when and if to fill. Sure it is part of the job, but it is a bother. Life was simpler in the old days, when you could give a patient a script, and they could do with it what they wanted to, when they wanted and where they wanted.

When my dad goes to the doc for a follow up appt. I make him get printed scripts for things he won't need within seven days, mark them hold and drop them off at the pharmacy when he picks up the scripts he needs w/in seven days (the ones the doc escribes). I do the same thing w/ mine too.

there's actually a free form notes section where the prescriber can communicate these things to the pharmacist. often i will see a note on the rx that states 'please place on hold until patient calls'. unfortunately, my computer software does not let me see this note until the prescription prints. at that point i have to reverse the claim or deal with a reject. funny (not funny haha, funny sad) when the patient calls the next day and says they need it filled.

As usual, Crazy, you preach truth. I also love the patients who call in 8 or 12 refills, then come in and they only want the tramadol and the gabapentin today, not the 3 blood pressure meds, the inhalers, the statin , the diuretic and the potassium... all of which I end up returning to stock in 10 days.

As a doctor, I will present the other side of the story:
I get multiple refill requests daily for prescriptions which are not due yet. Every day there are requests for refills for drugs written a month ago with 5 refills. Everyday there are refill requests on day 93 of a 90 day script with a refill.
I do write 'place on hold' on scripts frequently. As far as I can tell this is interpreted to mean 'throw in trash/delete from computer and pretend this never existed' as with alarming frequency, I will get a refill request for that medicine a couple of weeks later.
So to some degree I have now given up. If the patient takes the medicine and it is reasonable for them to be on it, and it is not a control or time for them to have some bloodwork related to the medicine, then I just fill it regardless of when I last sent a script with refills to the same pharmacy. If I don't I get a refill request again the next day or an angry call from a patient asking why I didn't refill the medicine they already should have 9 months worth of refills.

This explains why the base pharmacy happily accepts e-filed scripts, but doesn't actuallly fill them until I show up looking for them. At least it means I don't have to worry about losing the paper.

I have no doubt all that really happens to Kassy and other physicians.

One thing I hate about the Goofmart pharmacy software is that it sends refill requests initiated by the patient before we even have a chance to see if another Rx is on file with refills remaining or if it is an appropriate/timely request.

This particular blog post was really about patients that ask the physician to send off prescriptions when the patient knows he or she doesn't actually need them. On our end they just go in the queue to fill. It's like ordering a double-double, animal fries, and a chocolate shake at the order window and then asking to just pick up the shake at the pick up window.