Random Thoughts of a Pharmacist

Actual thoughts I had the past few days and wrote down later:

We're open 14 hours a day but you can't manage your life to come in to get your prescription until just before closing?

What is it about me saying 20 minutes gave you the impression I'll have your prescription ready five minutes later?

Mmmm... steak. After today I deserve a steak.

If I had just one more tech we'd always be caught up and the patients would be happy. Then they would spend more money in the store, which would make management happy. Why doesn't management get this?

The phone is ringing. Get it before the tech does. And... he beat me to it.

I hate DUR overrides. They're killing my soul.

Ok, why is she wearing such a revealing top? No, don't look Crazy RxMan. Don't look. Damn, you looked. Did she see me look? Damn.

I'm hungry, which means the tech will go to lunch soon. Then I'll have to wait until he's back THEN I can have a bite of something.

Ok, I saw the wedding ring. You flashed it several times. How long will it be before you say you're married. Upt... too late, you did already. Thank you, I got the message. You're married.

STOP STARING AT ME. I'LL HAVE YOUR DAMN ZOCOR READY IN A MINUTE.

I never should have moved out of her house. That's the point in time where it all went wrong.

Here comes Mr. Shake-your-hand. I don't want to shake hands. I'm introverted and a germophobe. Read my mind. READ IT. I don't want to... and.... he stuck out his hand. Damn.

Goofmart is playing a Prince song. The royalty must have dropped since he passed away. Wow that's a horrible thing to think. And if he was the Prince, who was the King?

That guy is headed right toward the pharmacy. Nooooo... it's almost closing time. Nooooooooo... Phew! He went the other way.

I have to pee. How much longer can I hold it?

I hate The Authorities. But I think I hate lawyers more.

Maybe this wasn't such a good idea for a blog post. 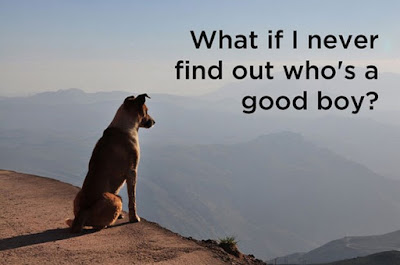 Maybe I'm a conspiracy theorist but I think management prefers to have patients wait for their prescription because many (obviously not the ones that just stare at you) will browse the store while they wait and ultimately make an impulse purchase. That's why you have to walk through rows of crap to get to a pharmacy counter. Anytime I have to wait, I tend to walk out with $20 of other items. If my prescription is ready, I just buy that and get out.

"And if he was the Prince, who was the King?"

Thank you very much

"God, I hate my boss SO much. If he utters another corporate buzzword on this damn conference call, I'm gonna flip."

"No, I don't want you to die" (explaining law about no refills on C2s)

"What the hell? Corporate is cutting tech hours again but increasing the weekly Rx goal?"

"Yes, I actually am the manager. No, my manager is not here. No, you may not have a gift card."

"Did that guy just fart while talking to the tech?"

"What the hell is that smell?" *looks up at batshit insane frequent flyer staring back* "Oh good lord"

"I wonder what it would be like if we could integrate aspects of Hunger Games and/or Purge into welfare? Every time you waive your copay, your name gets entered into a pool for Hunger Games."