At Goofmart Pharmacy our software sucks. It's slow, cumbersome, and sketchy. Here's some examples: 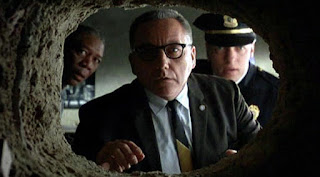 1: One day, for no reason at all, the insurance information on file for a few patients that we've had for years just disappeared. It was gone like Andy Dufresne without a clue where it went. We couldn't process claims without it, so a call was placed to the "Helpless Desk" to attempt to talk to someone.

While on hold a good twenty minutes, the insurance magically reappeared. If that was the only technology issue, I'd be happy. But noooooo, that's only one of many issues.

2: We have one computer at the pick-up window that has a monitor that just decides to "blank out" like the computer has gone to sleep. But a mouse click or press on the keyboard does nothing. It won't come back up for at least an hour. I've explained it to the IT department several times. They come out fiddle with it and then tell me there's nothing wrong with it. 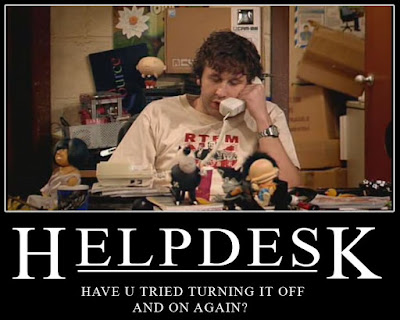 AND BEFORE YOU START IN ON ME WITH THE "DID YOU TRY TURNING IT OFF AND ON AGAIN?" CRAP, LET ME EXPLAIN SOMETHING TO YOU TECH PEOPLE:

That's NOT solving the problem! That's not fixing what causes it to go blank! When I have a line of people waiting to drop off prescriptions I don't have time to turn the computer off and then on again. I want the problem FIXED so that I can process prescriptions and help the patients... that's MY job, so why don't YOU do YOUR JOB and fix the damn technology so this doesn't happen?

3: We have a separate program to collect signatures on the signature device. At random times it decides to stop working. You can't close it to reload it for at least three minutes (I've timed it) and you're stuck at the register.

"IT is aware of the problem. Our solution is to close the program and re-run it," was the response from the IT department. Another "on and then on again" pretend fix? Actually fixing the issue isn't a solution?

Making a customer wait three minutes at the register is pretty much the biggest imposition possible in Snootyville. People have no sense of patience, and really in this situation why should they? See example two above.

I could go on, but you get the idea. So I give up. I'm tired of trying to kill myself filling prescriptions for a company that doesn't even have the decency to TRY and fix the computer issues.

Get out the popcorn and butter. It can all burn as far as I'm concerned! 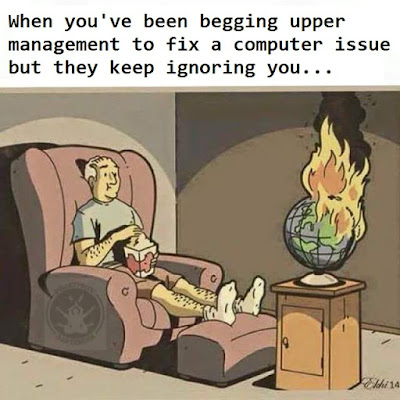