Nothing good ever comes from answering the phone any time during the last 30 minutes you're open.

The phone rings. It's 20 minutes until closing. Am I going to answer the phone or pull a Lazy RxMan and be "helping a customer on aisle eight?" I ask myself.

I decide to answer the phone.

"Uh yeah, my friend is Jim Swell. His phone died. I'm coming in to pay for his Oxycodone script for him."

I've actually been down this road before. I'm much wiser now.

"That's fine, but he specifically asked us not to let anyone but him pick up his meds. It's here in his file." 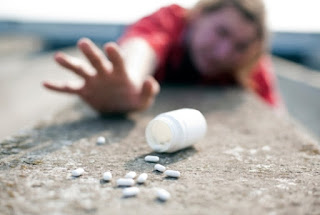 How the caller knew Jim's name or that he had an Oxycodone script ready to pick up is still unknown, but I do know people will do anything to get more of those magic tablets.

Jim Swell knew and was going to have someone else pick it up then pull a "I told you not to give away my meds to anyone else!" so jim swell could sell the first supply and obtain another one when you had to call dr and admit you sold to wrong person... just a guess

Is there some metabolic process that lessens the effectiveness of there narcotics? I've never been prescribed (or otherwise received) oxycodone, but I have had hydrocodone and might as well have been eating Pez for all the good it did me. Just wondering if this is common to some people, or am I just weird? (Wait, don't answer that!)

Hydrocodone does nothing for me but Percocet does work (sorta). We are not all the "150 pound male" that meds are tested on.

So come and join me in the weird reactions to meds club! We can swap stories on doctors reactions. :-)