The FUTURE of Pharmacy

Eventually, all co-pays will be zero.

We see it now with birth control and a lot of Medicare patient medications. Once we're all on government assistance with the New World Order, all co-pays will be reduced to zero. Reimbursements from the government will fall below the cost to fill the medication as mandated by law. Pharmacies will fail to make a profit. Many will close. The remaining ones will be taken over by the government... one by one, until all pharmacies are government-run. 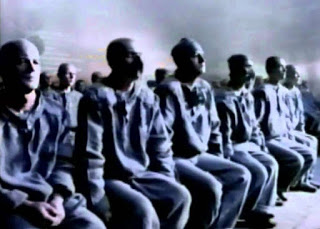 There will be no more brand medication and no incentive to create new drugs because there will be no profit. Without profit, no one will invest in drug development. The only drugs available will be shoddy generics, and the government will only allow the purchase of the cheapest of the cheap in their newly owned pharmacies.

Getting medications filled within minutes, or even the same day, will be a relic of the past. Without any incentive to work, your pharmacist and technicians will move just slightly faster than your local worker at the post office or DMV. We'll all have that same expression on our face... dull, tired, and worn out... and a lot worse than you see now.

Without new drugs... and consequently new antibiotics, bacteria will mutate... and will get stronger and tougher to kill. More people will die because there will be no incentive to create better drugs.

Eventually, we'll all die from a Super Bug, all because no one wanted to pay for medication.
Posted by Crazy RxMan at 4:00 AM

And I thought *I* was in a crappy mood today...

"If I don't get what I want for free, it is because you're greedy!"

Yep, we are getting there. As a doctor, it happened to us with immunizations, when reimbursement was less that the price we had to pay, and only the big pharmacies could negotiate the wholesale prices needed to make it worthwhile to give.

What galled me was several months back, when I was on a @500/month medication for diabetes, and I went to pick up my refill. Since I don't have insurance, I had to pay the full amount, which I did, being cheerful to the pharmacy staff. Someone was ahead of me picking up the same med, but this person was an H1B visa type, and he paid something like $50 dollars for his refill. Oh, did he whine and carry on!
I switched employers soon afterwards, got a cut in salary in order to come home, and now I simply can't afford the medication. I won't charge it, as we have no debt at all, and want to remain that way.
Oh well, life goes on. Thank you Crazy, for running an interesting site.

@ 5:09 - you do realize that an H1B visa means that this person is employed and is paying for his/her medication with employer sponsored insurance, right? That people on H1B visas do not get government assistance? You are exactly the type of person that socialized medicine would help! Why don't you have access to your meds? Because you don't have insurance. So (assuming best intentions) that means you either are to sick to be employed or you can't afford the premiums for either your employer based on private insurance. The person on the H1B is not the reason for your troubles.

He didn't say the H1-B visa person was the cause of his troubles.

He was noting that the person must have come from a socialist country where where the taxpayer paid for his medicine and whined when he had to pay for it himself.

Countries like the UK actually refuse treatments for the obese, so, depending his type of diabetes, government run healthcare would not necessarily help him.

I agree that all involved have a right to profit--pharmacies, drug manufacturers, insurance companies. But there is a difference between recouping costs and making a profit, and gouging customers for whom a $50 copay could be a significant portion of monthly income, all in the name of the corporate brass making multi-million dollar bonuses on top of significant salaries.
Again, I'm not saying that the board of directors of the big companies don't deserve to make healthy livings; they run huge organizations, employ tons of people and likely put in long hours and sacrifice other parts of their lives to further their careers. However, I find it interesting that Crazy, who is obviously more than intelligent and has an appropriate amount of rage towards his out of touch corporate superiors, can't see the that reducing the copay on drugs that has been on the market for years and has already covered investments in research and development isn't going to ruin these companies. There is more than enough fat to be trimmed in the excessive money spent in the upper rungs of the ladder that they could be still be generously compensated and those at the bottom wouldn't be forced to choose between necessary medications and other, also necessary, parts of their budgets.
I refuse be believe that there isn't a middle ground where all could prosper.

You seem to have trouble telling the difference between drug companies (who manufacture and sell the drugs) and insurance companies (who determine the copays).

So I can't really take you seriously when you claim to know whose income can be drastically cut to lower drug prices (or copays? I'm still not sure which you are really talking about).

Damn, and I'll be retired before this happens. I currently have a cushy union job in a mail order pharmacy. It would even be better to have a cushy government job. Shoddy generics are here already! Just look how much of this crap is sourced from China and India. Eff big pharma, eff the FDA and FTC and whatever other government agencies that have a hand in the debacle that passes for modern-day pharmacy practice, and eff the academic leaders of pharmacy that have led a once noble profession into the cesspool we currently flounder about in.