Any Clown can do this job 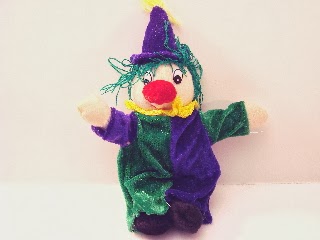 I didn't start out as a pharmacist. I thought it would be best to work IN pharmacy before becoming a pharmacist, so I got a job as a technician. I had ONE week of training with this company and then I was sent to a busy store to be abused. I'm there five minutes when the pharmacist on duty says to me, "So YOU are the one that WANTS to be a pharmacist?!" She's angry for some reason. "Yes, that's me." Then she asks me, "Why the HELL would you WANT to be a pharmacist?!" She's angrier this time. I don't remember how I replied to that question - probably something about wanting a stable career or something. She just stared at me.

Not long after that I noticed she had a stuffed toy on the medication scanner. It's a clown. So I asked her, why the clown? It seemed like a reasonable question. I'm guessing maybe it was a gift from her husband or someone. I'm trying to stimulate a happier memory. Naw... it just made it worse. "That's to REMIND ME THAT ANY CLOWN CAN DO THIS JOB." She's angry again.

That was ONE LONG eight hour shift, and yet another reason to hate clowns. 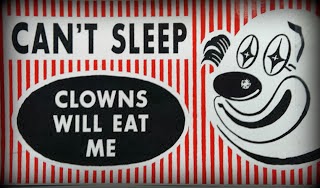 Maybe she was jaded by having to deal with doctors like this too often: http://www.wejonesmd.com/Pages/Med/rxinfo.html

I particularly like the part where they suggest that embarrassing the pharmacist will get your prescription filled faster.