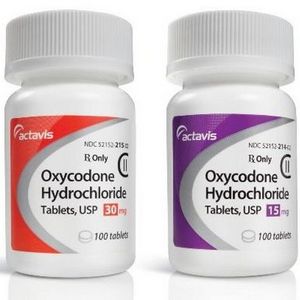 But not in the eyes of Shayna Duncecap.

Shayna comes in with that prescription on 7/23/2016 with an empty bottle from 7/3/2016 for the same medication from the same prescriber. Shayna has somehow managed to go through 150 tablets of Oxycodone 30mg in 20 days. That's about 7.5 tablets a day. And that's NOT what the prescriber put in the instructions.

Shayna states that despite the fact that her prescriber clearly wrote "No more than 5 tablets a day," she was verbally told she could take more if she needed them. Shayna also tells me that it is ok to fill it now because even though it says not to fill it until 7/25, the prescriber told her to "work something out with the pharmacy." 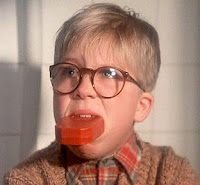 When I said I needed to call the prescriber to verify those statements, she said, "Oh no! Don't do that. I have a good relationship with her and I don't want to FUDGE it up."

Naturally, I didn't fill Shayna's medication. But this is typical for what pharmacists deal with every day. I don't know if what she said the prescriber told her is true, but based on what has happened with other physicians, I wouldn't be surprised at all. There are plenty of prescribers out there that write one thing and say another to protect their interests. I told Shayna if what she said was true that her prescriber was putting the total burden of responsibility on the pharmacist and I'm not about to take that on. 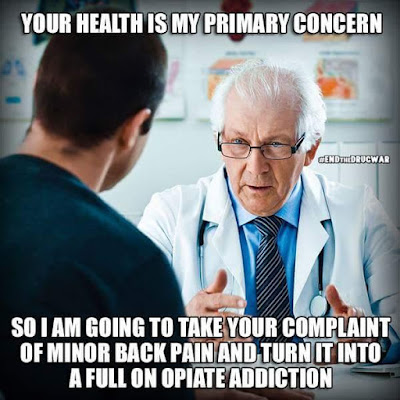 I'm well aware that there are people who have serious pain issues and need serious pain medication. Shayna isn't one of them. And quite frankly, most of my patients that get 150 tablets of Oxycodone 30mg every month aren't either. They've become addicted to the medication and stay that way, for months, without any attempt to wean off of it. The prescribers continue to give the same amounts without any attempt to switch the patient to a Fentanyl patch or switch to a reduction schedule. We're going through thousands of tablets of Oxycodone every week and we're not alone.

Think about the last time you went to the dentist and had a cavity filled. Maybe the dentist prescribed a few tablets of Percocet for your dental pain. Remember how one tablet of Percocet made you feel? Then contrast that with Shayna Duncecap. Now tell me there really isn't an opioid crisis in America. 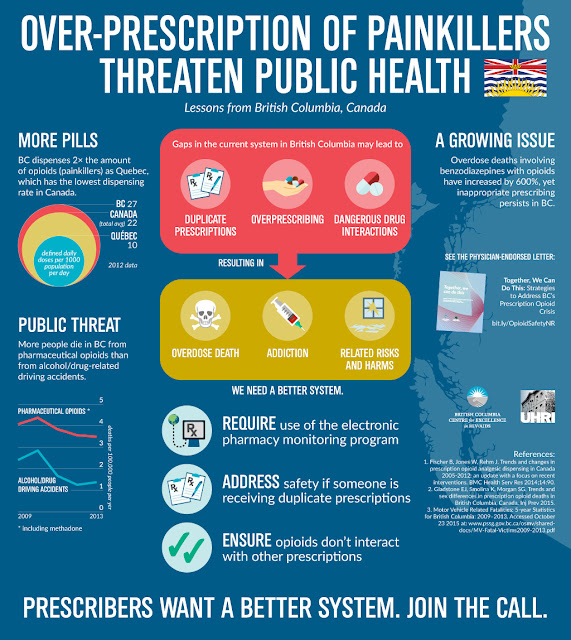 "without any attempt to WEEN off of it."

Who are you, the spelling police?

My husband had a very minor very simple fracture in his wrist. It didn't even hurt all that much, I just made sure he had some minor over-the-counter painkillers before the x-ray was done (because the twisting and turning always hurts).
Doc then tried to prescribe him a course of oxycodone until the wrist was healed. I declined. Husband had no idea what I was declining, but figured I probably knew what I was doing. This is not the first time I have fended off offers for oxycodone for minor pain issues.

This makes me so angry but not necessarily for the reasons you all may think! I'm a chronic pain patient that does everything right & I mean everything (I know, I know, you'd be rich for every time you heard that)! I've gone as far as returning a Dilaudid script to my surgeon in 2014! Her 4th year Resident forgot that I said I would NOT accept a pain script at discharge because my neurologist already writes one for me! I explained I'd rather adjust the med I already had instead of having a second narcotic prescribed! And if that wouldn't work (though I don't know why it wouldn't) I'd need to let my prescribing doc know first (& NO I'm not under a pain contract)! Instead of hoping the nurse would have enough time to remember to find the doc & return it, I took it myself & sent it back to the physician (return receipt)! The doctor was shocked that I returned the script!

So, the reason why this angers me so much is that I'm often quick to blame the patients who abuse the drugs (multiple docs/pharmacies, altered scripts, etc.), when in some cases it's the docs who enable the patients to abuse the drugs! Telling the patient to take it differently (I realize often times it's not true) than on the bottle, continuing to authorize early refills & not keeping track & so on!

I guess all of that babble just to say there seems to be many docs that complicate it just as much as other patients!

**Sure hope the spelling/grammar police don't come after me! I'm incredibly sleep deprived!

We had an experience similar to that of Anonymous 12:18. When my husband had a bout of cellulitis, he got an antibiotic - and 30 pain killers of a controlled nature (don't remember which ones now). He never even took the pain killers because the antibiotic worked so rapidly and ibuprofen took care of the rest. Nonetheless, it was disturbing how readily the dr was willing to write for the controlled substance, even though my husband never asked for those pills.