Head in the Sand

Mrs. Baked gets Fentanyl patches every month from a pain clinic. I don't get to see Mrs. Baked very often. Mostly I see her husband, usually in the middle of the day on a weekday. I know Mrs. Baked doesn't work, you know, because of her debilitating illness which requires her to be on the patch and other associated medications for breakthrough pain, etc.

The whole point of Medicaid is to help people out until they can get back on their feet again. Or that's what I thought, anyway. With the Baked family, this appears to be taking a long time because they've been in this situation since 2008. Somewhere along the way Mrs. Baked became out of sync with when the insurance will pay for the patches and when she gets the new script from the doctor. So every month it is a fight and a prior authorization process and Mr. Baked coming down to the pharmacy every day (in the middle of the day when most people are working) to check on the status.

This month Mr. Baked is especially nervous about when he can get his wife's patches. When I inquired as to the unusual "extra" urgency, Mr. Baked tells me that they need them because they're going on vacation. Well, that's nice, isn't it? So to entertain myself further I ask: Where? O where art thou vacationing, my Lord?

As it turns out, the Baked family is going on a cruise ship traveling to the Bahamas for two weeks. So the next day Mr. Baked comes in again and why yes, Medicaid has once again approved another thirty day supply of patches. And there, as Mr. Baked picks up his wife's patches with only a signature, I noticed two things. The first was a large Starbucks beverage of some kind. You know, the ones that cost at least $5. The second thing I noticed was that he was holding one of the new iPads that Apple company is selling. 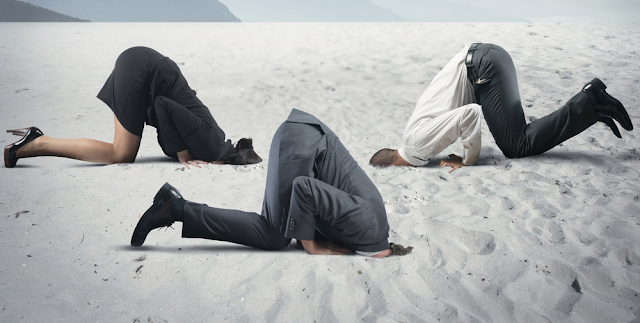 Now I know all you liberals are just going to tell me not to jump to any conclusions. Yes, I know, it's all just in my mind: Mr. Baked works at night, that's why he's there in the middle of the day. His income is really low and with his disabled wife they qualify for Medicaid. And sure, the vacation was a gift from a family member to help them to deal with all the stress  And of course, the Starbucks was paid for with a gift card from yet another generous person, and he's just borrowing the iPad from someone else.

Yes, of course. I'm sure that's it. I don't know what the hell I was thinking. I'll just go ahead and stick my head back in the sand now.
Posted by Crazy RxMan at 4:00 AM

While I have my fair share of Medicaid fraud stories, believe me when I say, it's just not worth it trying to change people's minds.

Everyone that works in retail knows the extra stress and anxiety working the 1st week of the month. Everyone that works retail knows the frustration of seeing someone on Medicaid driving luxury cars, dressing in designer clothing or simply being able to afford things we retail peasants cannot. Starbucks coffee? Please, I have to plan ahead and make my own from the discount bulk coffee I get from the local Megamart. Range Rover SUV (and yes, I actually have a customer on welfare, food stamps AND Medicaid that comes to my drivethru regularly)? Yeah, sure, how about a 8-year old sedan on its last legs that simply gets me from A to B. Vacation?!? Please. I can't afford to take the time off. Forget about traveling to nice places. Can't even do staycations.

Put it this way. The last time I cracked a joke about people on welfare, I was accused of being racist and a 'damned republican.' (I am a minority and a registered Democrat, wtf)

Ah, the world of retail. The realm of the working poor. The living hell that is corporate pharmacy.

Mrs. Baked! Hilarious! Sad to know this is where my tax dollars go. I haven't had a vacation in over 5 years.

I don't understand. Apparently I don't know how to game the system. When I got cash assistance from the state of Ohio, it was $473 a month for a family of 3 and $500 a month in food stamps. In order to get my $473 in cash, I had to drive 30 miles round trip daily to attend 35 hours a week at a "work" program that was a joke.

My husband, who had double bypass heart surgery at age 38, blood clots in his legs and a host of other serious, document medical problems, was denied disability.

Calm down, Crazy. No one's saying that there aren't lots of people who game the system. You're in retail, so you would see a lot of them. I know a few of them myself and I'm not in retail. But if I look very closely at the people I know who are getting aid they appear not to deserve, they're, well, losers. Like the Bakers. A drug-addicted moron with an i-pad does not a winner make.

Also, this might give you a little more perspective:
https://www.yahoo.com/parenting/just-because-im-on-welfare-doesnt-mean-i-need-to-162023195.html

That yahoo news link is definitely touching and I'm sure there are many public aid recipients who are in similar situations. I suppose if it were me I would do a lot of the things that woman is doing.

But anger is good, sometimes it motivates change and improvement. When my state decided to randomly drug test welfare recipients I was thrilled. Using tax money to feed, house, and educate people is great but using it to finance and enable an addiction is not acceptable. That bill would have never passed if people had been complacent.

You want this to make sense. Drug addiction. Once that comes in to play none of it makes sense.

I have to agree with you, Crazy. Because of over 30 years in my field, I'm fortunate to be able to make a high 5-figure income, and received a nice inheritance from a wealthy cousin. No debts at all, and we have a large retirement fund invested with a very good firm.
Yet there is a cost for all this; let's just say that my health has suffered for all these years on the road as a free lance contract worker in the aerospace field. I still watch my expenditures carefully, sometimes to the point of craziness.(I wash and reuse plastic utensils that I grab from the Taco John's where I eat out once a week...)
I'm very tired of all of the vermin who live almost as well as my wife and I do yet don't work at all, thanks to my tax dollars. I dress down on the weekends, yet I still get asked a lot for money, by both panhandlers and by various charities or store clerks.
I used to be a lot more civil to these people, but in the last 6 months that I've been on this contract, hundreds of miles from my home, I tell everyone of them: "I'm not giving you one cent out of my pocket. Why don't you ask the 'bleep' in the White House?"
My wife and I have stopped giving to most charities, including the ones sponsored by our denomination. And we take every dollar we are allowed by our accountant as write-offs.
I like the idea of ending weekly withholding of taxes; one would get their full pay every week, but everyone would have to pay all of their taxes on some date, such as April 15th. I prefer April 1st, myself.