Adderall Adam comes in with a new prescription for Adderall. According to the computer we had just filled it TWO WEEKS ago for a 30 day supply. This guy claims that someone else picked up his meds one week ago using his name and birthdate. He had the printout Mickey (our pharmacy manager) had printed which shows it was signed out and picked up last week. He said it wasn't his signature and he's mad, mad, mad that we would let someone else pick up his medication. He insists that he did not pick up his medication. He further insists that Mickey told him if he got a new prescription from the doctor that we would fill it. He also stated said the physician personally called Mickey that morning and told him it was ok to fill the medication early.

If any of this is true, it wasn't shared with me. Mickey had not mentioned any of this during our overlap when we went over the other issues of the day. That's something you would immediately tell your pharmacy partner. So all I have to go on is an angry pharmacy patron insisting that I fill a new prescription for Adderall that was filled and picked up a week ago.

I apologize and tell him I'm not going to do it. I tell him why. I tell him he'll have to come back on Monday after 3pm to talk to Mickey. Instead of listening to me, Adderall Adam starts from the beginning, explaining the story he just told me... again. In this version of the story he claims he desperately needs the medication to help him with his job.

When he's done, I tell him once again that I'm not going to fill the medication. I tell him it's not an "emergency" medication and he'll be ok until Monday when he can talk to Mickey.

"Well why can't you call Mickey?" he asks.

"Because he just left to go out of town," I tell him. 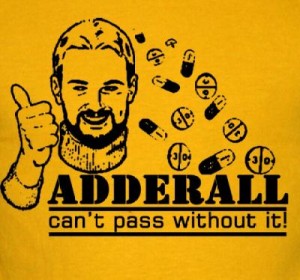 "Well you're not being helpful," he states. THEN he proceeds to start from the beginning, explaining the story again, somehow thinking that at some point I'm just going to give in and say "Oh, ok, here, have some Adderall." This time the story changes, as he now says the medication is to help him study for an exam on Monday.

And once again, I tell him no, I'm not going to fill the medication.

"Where's your business card?" he asks.

I hand him a business card. I don't do well with threats. I tell him that when he calls 1-800-GOOF-MART to complain that he should be sure to add the conflicting details about how the first time he told me it was for his job and the second time it was for school.

He looked at me, bewildered, and mumbled to himself as he walked off. 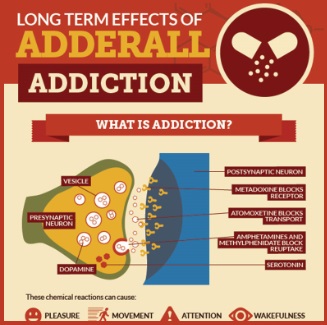 Adderall Adam is back. I'm fiddling on the computer processing the nine e-Scripts that have just appeared on the computer. I guess physicians go to lunch but make the staff stay and send off the scripts. Or maybe they're typing them up themselves while they enjoy a tasty sandwich. All I know is that I have scripts to fill, scripts to type, and e-Scripts to process and not enough tech help... and that I don't have a tasty sandwich.

I can hear Adderall Adam mumbling to Tim the Tech. I just roll my eyes because I'm sure there's a third version to the story now. It's not Monday at 3pm, so Adderall Adam's listening skills suck.

Tim comes to ask me if we can fill Adderall Adam's script. I'm shocked. Did this guy really not listen to me on Friday? Does he think I'm just going to suddenly fill the prescription after the discussion we had on Friday? I'm mean, seriously, WHAT ON EARTH goes through these people's heads? Really.

I just shake my head. I tell Tim to tell Adderall Adam to come back at 3pm and talk to Mickey since apparently Mickey is the one that talked to the physician who said it was ok to fill the medication early... you know, because some random person came in last week with knowledge of Adam's birth date and the fact he had an Adderall script to pick up. Sure.

I can't stand the public. I really can't. There's absolutely no doubt in my mind that this guy is trying to work the system to get more Adderall. He either ate them all or sold them and he's trying to scam the system. A quick look at the PMP website shows he goes to pharmacies all over town. I'm not going to be a part of it.

So Adderall Adam can just be angry again. I don't care. 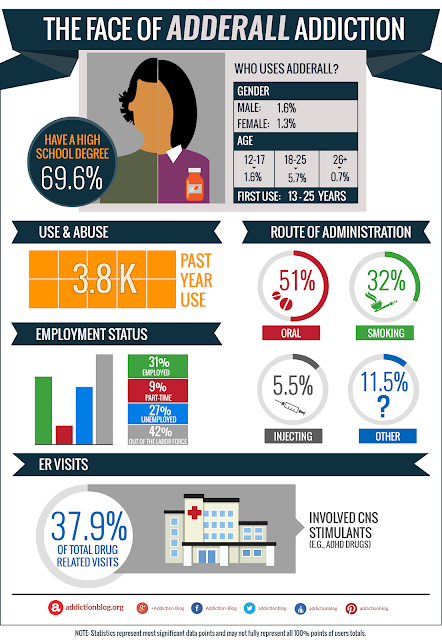 Are you allowed to print a copy of his "activity" from the PMP website and show it to him and suggest that maybe he went to another pharmacy instead and he's mistaken? (Letting him know you're on to his game?)

As a former pill head I never understood the trying to scam the pharmacy thing (I probably wasn't a very good addict.) How do they not understand drug scheduling laws? Or tolerance? Plus if you ever actually need a narcotic you've screwed yourself.