Doctor more concerned with his Ego rather than Patient

One of our brothers in the profession of pharmacy contacted me with copies of an email interaction he had with a local doctor. The response from the MD is, well... very disappointing. Have a look:

Yesterday I dispensed a prescription written by yourself for Sertraline. I supplied a generic after overlooking the "brand substitution not permitted" box. The manufacturer supplied is cross-licensed. This means it is made by the same company who makes Zoloft - i.e. they are literally Zoloft tablets in a generic container.

The reason I am bringing this to your attention is that the child in question experienced some troubling side effects [he seems to be experiencing issues with balance (leaning forward all the time), fluctuations in mood, intense focus on mundane items (especially grass) and fidgeting/making repetitive movements with his hands and face].

His mother has contacted your office, and (according to her) she was told to change to the original brand, because despite what I would have told her, generic manufacturers are not the same as originator brands, and the side effects being experienced are due to the manufacturer, not the active ingredient.

I have two issues with this, the primary being the well-being of the patient. The side effects he is experiencing are obviously caused by the active ingredient, not any excipients. His mother now believes that by taking brand Zoloft instead of the generic manufacturer, he will not experience these side effects. This is blatantly incorrect and could potentially endanger the health of this child.

The second issue is that this child's mother now believes that I misled her and that I am motivated by my own best interests rather than that of her son. This is either due to you specifically telling her that I have misled her, or you have have implied this by giving her erroneous advice as to the safety and efficacy of different manufacturers of the same medication (which have been determined as therapeutically equivalent). You should be aware that stating or implying that any health professional is acting inappropriately (without cause or proof) is considered professional misconduct.

Regardless of the second point, I am very concerned about the primary point - this child is now being exposed to further side effects (and potential development issues) because his mother has been given incorrect advice - namely that the brand she has been supplied is somehow superior and safer than the one she had originally received.

At this point, I believe you have a duty of care to contact the mother and explain to her exactly how you expect the originator brand to be safer than the licensed manufacture of the same medication, and why you consider it safe to re-expose her son to the same side effects that had caused him such distress already.

I take the safety of my patients very seriously, especially when a minor is involved, and especially when they have been prescribed a medication that has psychoactive properties. It is for this reason that I have contacted you, because I believe that this patient and his mother are now under the impression that the side effects they have experienced where wholly due to the manufacturer rather than the active ingredient. This is giving them a false sense of security and undermines their ability to make informed decisions about the care they are provided.

Thank you for your time, 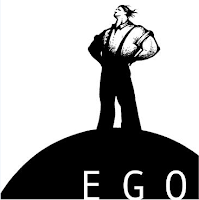 Thank you for your mail which expresses your various concerns. I am glad to hear that you have have admitted overlooking the "brand substitution not permitted" box. The patients mother had explicitly drawn attention to the fact that she wanted ZOLOFT since I had asked her to do so. DO NOT DEVIATE FROM THAT ISSUE. I do not need you to make me aware of my duty of care. Leave the assessment of the patient's side effects and the treatment of the same people who are QUALIFIED to deal with that. Your DUTY is to dispense the medication that the prescription asks you to dispense. Before you start going down the path of misconduct make sure you are certain of what discussion I have had with the patient's mother. I find you accusatory tone for a mistake that you have admitted to extremely unprofessional. I also feel you are naive enough to believe what the lady has mention to you without attempting to clarify the issue. I actually find your letter quite disrespectful and offensive and would request you not to communicate by email on this issue any further.

All I can say is WOW, what an arrogant ass.

On one side we have a pharmacist DOING his duty and caring for his patient, even taking the time to craft a well-written letter explaining his concerns. On the other side we have an arrogant excuse of a doctor who is obviously more concerned about his ego instead of the patient.

Same goes for some of the office staff I have to interact with on a daily basis. When I'm lucky enough to even get through that is.

I'm amazed at just how arrogant some of them can be to pharmacy staff.

"You're the only pharmacy that does this!" (When told that I am unwilling to break the law regarding controlled substances)

You pompous "doctors" of pharmacy think you're all so smart. You're just mad you couldn't get into medical school. Now quit playing with the Tweets and Email and get back to what you are supposed to be doing...putting pills in a bottle. I am so glad retirement is just around the corner...from your BS friend.

Not the same continent
Not the same economic/health system
But .....
Exactly the same MD
Exactly the same way to Split on our skills
It could be sad for us but we are above these guys, that is just dangerous for People and they even don't get it thinkink doctoooors are always right.
Sorry for my english. .

His mistake was giving enough of a shit to spend that much time writing an email. Good fucking lord, give the animals what they want. There's no winning in this bullshit career.

Pillboy
It is really sad that a fellow pharmacist would feel the need to create more dissent within our own ranks.

While I may be a 'knowitall' PharmD, I consider my mentor, a B.Pharm., one of the most capable pharmacists I have ever known. As an intern, I learned a great deal from him and can honestly say that I am a halfway decent pharmacist because of him.

That being said, sure, there are 'doctors' of pharmacy prancing around out there that think they're the best thing since sliced bread but there are also 'straight pharmacists' that walk around with a huge chip on their shoulders (sound familiar buddy?).

My mentor told me that healthcare is a giant hierarchy. Think of it like a high school cafeteria. Physicians are jocks. Cocky, self-sure and worshipped by most. Nurses are cheerleaders. Always second-best to jocks and walking through life with huge inferiority complexes because of it. And pharmacists? We're the nerds hiding in the shadows wolfing down our food so we can just go back to work.

My comment was said tongue in cheek as so many people seem to think pharmacists all want to be doctors and do nothing more than pour pills from one bottle into another. None of us will live long enough to see these erroneous perceptions cease to exist. And we need to remember that virtually no one understands or cares about any explanation regarding active ingredients, inactive ingredients, substitutions, or the cesspool that the pharmaceutical industry has become. Most pharmacists do truly care about their patients well being. We need to remember that the original email would not have been necessary if the DAW on the prescription had been properly observed in the first place.

And that is when I would open a complaint with the medical board for endangering a patient. Let the board sort it out after that.

Pillboy, regarding your second comment (the first was clearly tongue-in-cheek).

The side effects the child experienced happened regardless of the brand. The brand substitution only muddied one thing - the psychiatrists ability to identify where the problem had come from.

Too bad the pharmacist overlooked he 'daw1' or I would be 100% in his camp. It's unfortunate that he erred on the fill up front, no matter the ridiculous claim of brand being different than the generic. He misfiled the script and unfortunately the MD will have that on his side throughout the entire debate.