We have a patient (Magic Mike) that gets a bunch of prescriptions at our Goofmart Pharmacy. He's from Austria. For awhile he was on taxpayer-funded Medicaid and all of his medication (22 different prescriptions) were no charge to him.

I admit I don't know how it all works, but it seems like if this guy can afford to fly back and forth to Austria three times a year he should also be able to afford his medication. It also seems like taxpayer-funded Medicaid should be for UNITED STATES CITIZENS, but what the hell do I know.

Anyway, he let his Medicaid renewal lapse and there was a gap in in coverage. Suddenly his medication wasn't paid for by you and me. Apparently the fact that he was dependent on these medications wasn't important enough to him to pay out of pocket, so all 22 meds just sat on the shelf.

Yesterday he called me and said that he really needed his aspirin. Out of all the diabetic, cholesterol, and blood pressure medications we have for him, the one he thought he needed the most was his aspirin. Or maybe he just wanted it because he was under the impression it is free. 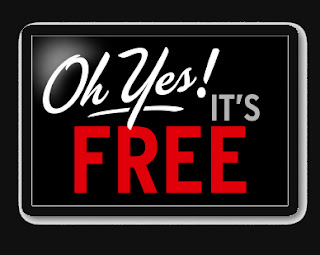 Magic Mike told me that when he was in Austria, aspirin was free. And when he had his prescriptions at Wagmart, it was also free. I told him that's not the way it is at Goofmart but that he can get a 100 count bottle over the counter for $4.

And I'm sick to death of people like this. To all the people out there that aren't paying a dime for their medication... here's a little heads up for you. NOTHING is FREE. It may be NO COST to you, but it is NOT FREE. Someone else is paying for it FOR YOU.

If this was just one isolated incident, I could live with it. But I can tell you after years of being a pharmacist, and from talking to other pharmacists, that there are PLENTY of people scamming the system. And they're not just scamming the system, they're hurting YOU and ME. When someone gets his damn aspirin for free, it comes out of my pocket, and it comes out of your pocket. Are you ok with people stealing from you? I'm not. I'll be happy to donate to charity, and I do, but forcibly taking money out of my pocket for people who are taking advantage of the system, uh... NO.

To suggest that it should be free, is well, pretty damn stupid. When Magic Mike said that, he may very well not be aware that it actually costs money to make it. But the reality is that he EXPECTS someone else to pay for it for him.

Someone tell me why Magic Mike is ENTITLED to get free aspirin? Why did he get his medication for free (and I have no doubt he'll figure out a way to get it reinstated) when other people have to PAY for it?

This is the continuation of a very disturbing reality that's growing every day. If you're a pharmacist or pharmacy technician in a retail setting, YOU KNOW what I'm saying here is spot on.

I have a bunch of customers on welfare that have traveled to more places, more times in this year alone than I have in the last 10. The farthest I've gone is a 4 hour drive to see my family for a holiday weekend.

But somehow, these pieces of worthless pond scum get to take month-long trips down south, not just to see friends/family, but go to places like Disney World (haven't been there since I was a kid) and go on cruises (yes, I've heard them bragging about it in my waiting area, no shame).

Explain to me how they can afford all of that while sitting on their morbidly obese behinds in their free housing with free utilities while watching TV on the latest flat screens after having driven out to get their free food in a luxury vehicle with a few grand worth of 'rims' installed while gabbing away on their brand new iPhone.

Mind you, I drive a 10-year-old piece of junk that gets me from A to B, watch TV on a 19 inch CRT or my 8-year-old laptop while I eat leftovers. Yet I'm the one that is expected to work hard and pay for the lifestyle that these parasites have learned to scam from taxpayers like us.

How true, how true. Week before last, I was waiting in line to pick up my refill of Jardiance that I dropped off two days before. I pay cash, as I don't have insurance(I have a health-cost sharing plan), and the total was about $450. I was quite annoyed to have the Medicare recipient ahead of me being told that she only had to pay a small amount for her own supply of the stronger dose.
What was also funny was that she asked them to ring up her other purchases, including candy and ice cream. Sigh. I hope that my A1C level will be low enough so I can stop taking this while I'm between contracts...

I worked as a case worker for the state several years ago and it was there that I got a first hand look at just how many people are "gaming the system". I believe I was able to physically count on one hand the number of people who truly needed help and had no where else to turn. I remember a woman fighting breast cancer and it wasn't going so well...she used up all of her fmla time and then lost her job. Because of that- she lost her health insurance and then her place to live. Then she had to wait so long for her Medicaid benefits to kick in she had gaps in her cancer treatment.

People should be forced to sit in these offices and see what really goes on. Maybe then there would be a tightening of the system and an allocation of benefits to those who are truly in need.

Ordinarily, I would have wished you had erred on the side of compassion, but in the last few days I've had several different encounters that have changed my mind about the actual number of people who truly need help versus the ones who merely feel entitled. Magic Mike thinks all health care should be free because it is free in Austria (and in most of Europe, actually), ignoring the fact that their tax rates are several times ours in order to pay for the "free" medical care. (Why don't they know that?) OK, there are people who really need help and I want us to help them. But I also see an attitude toward entitlement that bothers me. I was trying to counsel a woman in her 70s trying to subsist on SSI whose 20-something granddaughter lives with her, but which granddaughter refuses to get a full time job preferring to have her days free. When I told her that the solution to her problem is to kick her granddaughter out the door in the morning, she looked at me as if I had said I eat puppies for breakfast. Or my very rich neighbor who just returned from 3 weeks in Europe and another 3 weeks on a QE2 cruise and complained that her med co-pay had increased and insisted that was the fault of Obamacare. Of course, the increase in the co-pay has nothing to do with Obamacare and everything to do with pharma greed--but the point I'm making is she could easily pay for her meds WITHOUT any subsidy, yet she complains about an increase. Where does this "I've got mine and screw everyone else" attitude come from? In fact, maybe some scientist can explain to me how homo sapiens managed to take over the world yet is so incredibly stupid on average that it's a surprise the species can walk and chew gum.

Is there no way for you as a pharmacist to bust Magic Mike for fraud?

Medicare does not equal medicaid. Medicare = insurance for the 65+ crowd (and people with permanent disabilities). Medicaid = insurance for poor people, and the liars and cheaters and scammers who figure out how to game the system. I'm sure there are some medicare scammers too -- people who can convince a doctor that they have a non-existent disability (I am thinking of a particular "patient" with a "back injury") but dammit when I turn 65, I don't want anyone looking at me askance because I am on medicare!

So pharma greed of course has absolutely nothing to do with the co-pay. That would be insurance, and yes, Obamacare absolutely played a role in that.

Anon, people criticize me because I've been on Medicare since my 20s. I was hit by a car and have unfixable problems from that. Since that time I also got RA, and I'm losing the use of my hands and a foot (we don't know why, we're trying to figure it out). The worst part of not being able to use my hands is that I'm deaf and it's my preferred way to communicate with people, through ASL. The funny thing was, I got disability in under 3 months because of my deafness, which was never what disabled me in life. I'll be damned if someone says shit to me about having Medicare, because I had to give up my life because of that accident. If they say something I give them back exactly what they say to me. Having an invisible disability really sucks in terms of people being considerate, they assume you're faking it or cheating the government out of money.

This is the absolute truth! I used to work with a technician who was at odds with a lot of people in her culture. I don't want to confuse the point by saying where she is from. She disliked the fact that they worked the system. Parents send their kids over here to become established and supplement their income until they are able to move also. When they do, they get set up on Medicaid and federally subsidized housing. Basically live for free for years here, so they don't have to spend their own money, which they have plenty of back home. Such a scam.

Not too long ago I was checking out at my pharmacy! My total for 7 medications was $210! I didn't even finch because I know the cash price of one of them is over $2000 per month & another one is $400+, my two inhalers (xopenex) & xopenex solution were also included! She hears my total (back behind the line old lady) & says, "My God & I thought the $23 I pay for all 12 of my scripts was high!"

The only way to change this is in the voting booth. That's why so many are trying to give voting privileges (not rights!) to illegal aliens! It's supposed to be our government. Vote out the fat cats, make them live under the laws they wrote.
#noincumbents.