Why Your Pharmacist is Bald

It's the evening... when all the weirdest crap always happens...

"Goofmart Pharmacy, this is Crazy RxMan, how may I help you?"

"Yes, sonny, my name is Doug. I'm out here staying at the Snootyville Hotel and dog gone it I forgot my medication. It's back home in [state next door]."

"What I need you to do, sonny, is give me one tablet of Inderal 20mg and one tablet of Warfarin 6mg until I get my doctor to call in a new prescription in the morning for a week supply. I'll be by in about 15 minutes, ok, sonny?"

"Listen sonny, I've done this before. The other pharmacy didn't have any problem giving me a tablet for the night. My pharmacy is closed anyway, and my doctor's office is closed too."

"I'm not comfortable just giving out medication at the word of the patient. I mean no offense to you, but you've just told me you've forgotten your medication, and you've actually said that you've forgotten it twice in the past. How am I to know with any certainty that you have the medication and strength correct?" I tell him, as politely as possible.

Doug, clearly getting impatient now, retorts, "Look sonny, NOT giving me my medication CAN cause me harm. Giving me one tablet of these medications WOULD NOT harm me." Doug thinks he's got me on logic.

"I couldn't disagree more, Doug." I retorted. "If any of what you've told me about your medication is incorrect it could have devastating effects."

"Doug, I could sit here for an hour trying to explain to you the effects of Warfarin, but I'd rather try to spend the time trying to get a hold of your doctor and verifying your medications and dosage."

Doug reluctantly gives me his doctor's phone number. I call and get the answering service. I explain the situation, they put me hold to call the doctor, then return a few minutes later to tell me it can wait until the morning and to call the office then.

I call Doug and explain the situation to him. I tell him that if the doctor doesn't think it is a critical situation that can't be handled in the morning. Doug accepts defeat and agrees to come by the pharmacy in the morning.

The next morning I call the office. Doug was completely WRONG on the doses. The Warfarin was 3mg, not 6mg. The Inderal was 10mg, not 20mg. I get new scripts and get them ready for Doug. 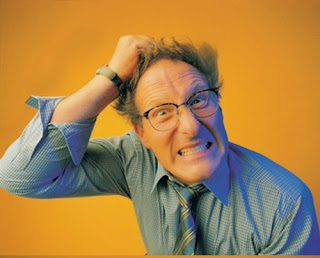 Doug shows up. I tell him, without any hint of "I told you so" attitude that he had the dosages incorrect. Doug looked me right in the eye and replied....

If that patient complained he would probably get a $25 gift card. This happened twice to my overnighter. Almost the exact scenario, but the patients complained to corporate, both times $25.

Argh. These are the kind of buttholes that end up in the hospital for a few weeks. Then, when they get out they try to argue that somehow it was the pharmacist's fault.

Too bad there isn't an ICD10 code for being an irresponsible, dumb-as-a-box-of-rocks, 'murican. I'd say about 90% of my customers would qualify for that diagnosis.

Here's my 'close to closing' story.

Last few hours of my day, and of course, tech hours are short so I've rolled the dice and sent everyone home once we were caught up. Bad idea. It stays busy, but I keep up. Fast forward to the last 10 minutes where I'm cleaning up and closing down all the registers except for one (because we all know someone's gonna come in 1 min before close). I hear a commotion over by drivethru so I stroll over. Minivan full of people that all look like they just rolled out of bed (i.e. PJ's and whatever).

They proceed to throw a crumpled up pile of Rx's (some of them for CS's, written for multiple pt's on multiple ER visits from the past week) into the passthrough and declare that they will wait. After I had straightened out all the Rx's and finally figured out what they were, I told them the bad news. Not gonna happen and gotta come back later tomorrow OR go to a 24 hr pharmacy.

The temper tantrum that I witnessed was probably one of the saddest things I have ever seen. The driver was screaming so loud that the front end manager came all the way up to see what the hell was going on. When he saw the abuse I was taking, he actually joined in and told the lady that we were closed and she was basically shit out of luck. She accused us of wanted her to die and that her friends and family would die and that she would sue us and get us fired. Blah blah blah. Nothing I haven't heard before. She took back her Rx's and tore off into the night. Manager and I shared a chuckle and went home.

Fast forward to the next day. Get a phone call from the district manager. Guess what, got a complaint. Crazy lady had gotten her Rx's filled at the 24 hr store then proceeded to accuse me of all sorts of awful stuff. You got it, district manager believed her without even talking to me. He was calling me to tell me that I had to apologize to her over the phone. I asked if he wanted my side of the story and he said no, despite the fact that I could prove she was lying and that the store manager was standing right next to me.

Long story short. Customer service trumps everything. Regardless of how stupid the situation.

You make NO sense said...

I don't understand how people can be THAT stupid. Warfrain is a dangerous med.

You make NO sense said...

I don't understand how some people can be THAT stupid. Warfrain is a dangerous med.

Wait, is THAT why I'm going bald? And losing enamel on my teeth from grinding them all day? And becoming a borderline alcoholic?

The best is when they stroll up and ask:

- "Fill everything." And when they come back they scream at you because there are things they didn't want. Awesome.

- "Yeah, fill the little, yellow round pill, you know, the yellow one? Oh, and the white one too."

Thank God I don't work retail anymore. The older I got, the shorter my fuse became and the filter between my brain and mouth wore so thin you could read a newspaper through it.

Either you posted that story before or someone else had the same thing happen. Maybe it was the same person on a different vacation.

I will give your idiot patient points for actually knowing his doctor's name and phone number! I have so many patients who can only tell me "It's my internist in Large Town, on Main St. You know, his building has a green sign. His name starts with a an "M".