YOU have a Customer!

A visit by a regional pharmacy manager at my grocery store pharmacy summed it all up in just a few words. She was visiting and going over our numbers– you know– to find something to complain about as usual. She saw someone at the pick-up window and immediately announced to the technician and myself, “YOU have a CUSTOMER.” 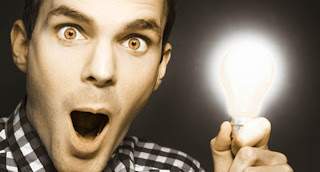 That’s when it dawned on me. The regional manager has been sucked into the corporate world way of thinking… to ME the person at the counter was a PATIENT, and that’s where all the problems start in retail. Until upper management figures out that while they are customers of the grocery, they are patients of the pharmacy and need to be treated as patients… including the most important aspect: PATIENT SAFETY.
And until upper management, MBAs, and bean counters figure out that profit is secondary to safety, issues will continue to surface regarding patient safety everywhere.
Posted by Crazy RxMan at 4:00 AM

And there's the biggest problem in retail today.

While both are important, corporate can't seem to cure their craniorectal inversion to actually see that safety is worth the money. When corporate profits are rammed down your throats as the #1 priority with everything else a distant second, its hard to accept the reality that we're not seen as healthcare practitioners anymore. We're just another peasant that HR has to deal with.

Reminds me of a time when a manager came strolling through on an inspection. She decided to chat to a customer that was dropping off a Rx. She then decided to aggressively push a flu shot. FIFTEEN minutes later, during which I was able to start chipping away at the piles of Rx's waiting to be checked, she comes over with a smug smirk on her face.

This is why corporate medicine is such a bad idea. A horrible, horrible idea. I had an ER visit earlier this week. The place was slammed, people in obvious distress. A woman strolled in hours after I had been there, played with her phone, and starting complaining when a man with chest pains was taken ahead of her. She went to the desk and swore at the woman because "she was there first." They hustled her back. Meanwhile, I was sitting beside a very old man. He was trying to comfort his crying wife, who was in a lot of pain from a fall. Being a loud, obnoxious, squeaky wheel who yelled and threatened to sue won the day. I'm sure they figured she was a bigger risk for trashing them on those ridiculous satisfaction surveys you get after any kind of medical visit these days. Bah!

And for some reason, insurance reimbursement rates are going to be tied to those very same 'ridiculous satisfaction surveys.' Unreal!

How is insurance reimbursement in any way, shape or form related to the customer's precious feelings?

And people wonder why hospitals are hiring hotel consultants so that they can boost their satisfaction scores?

And people wonder why people that complain get better service?