A Plea to Return to Professional Courtesy

And yet, "hate" might not be a strong enough word. 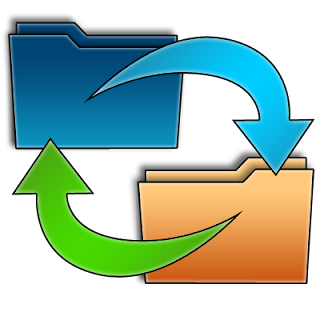 For those of you that don't know, "transfer" is a word we use in retail pharmacy for the act of moving a prescription from one pharmacy to another. A specific prescription may only "exist" at one pharmacy at any one time.

Suppose for example that you get your atenolol (or as the average person says, "uh-ten-lull") at your local pharmacy. You go on vacation to another state, but somehow you forgot to pack your uh-ten-lull. Somehow you remembered everything else but the one medication that keeps you alive... you forgot. (Yeah, there's some heavy sarcasm there). Anyway, you get to your vacation destination and discover you forgot your med.

So you go to a nearby pharmacy panic-stricken and near death and they offer to "transfer" your prescription. What happens is they call call your hometown pharmacy and get all the specific information about your prescription: doctor, medication, dose, how you should take it, etc. Then they fill it and you go on your merry way, relieved that you won't die.

I understand the need to transfer a prescription in that case. But sometimes people transfer their prescription because the new pharmacy has a "reward" (HA! Like you earned something) such as a gift card for the transfer. These are extremely annoying because it takes a phone call and it turns the professionalism of pharmacy into a game of pandering to the highest bidder. But I live with it. 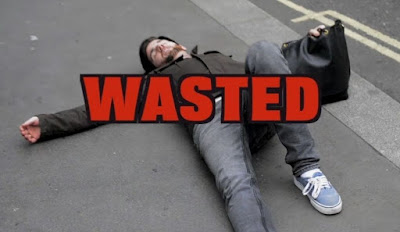 Other times, no matter how you drill the patient, "Before I call... are YOU sure you have refills remaining on this medication?" Oh yes, I'm told, only to find out OH NO YOU DON'T have refills. Time and effort wasted.

I can live with that too. BUT what REALLY drives me nuts about transfers is that the big chains have become overly accustomed to making me wait on the phone... and that's damn annoying. Some pharmacies have call centers. Sometimes you wait up to TEN minutes just to talk to the call center before you get patched through to the pharmacy itself, only to be put on hold AGAIN for something that literally takes 2-3 minutes to accomplish.

And some of these big chains... it feels like they intentionally try to punish ME for calling for a transfer by making me wait. Yeah, I KNOW it's busy for all of us, but like I said, it takes only minutes to do a transfer once you're talking to the right person.

No one likes to do transfers. But I think it's time we return to some professional courtesy between us pharmacists. If you hear "Line 2 is waiting for a transfer," don't make them wait. I promise when you call I'll take your call right away.

Real question.
I am a doctor and therefore a prescriber.
I get multiple requests every single day wanting new prescriptions because a patient is changing pharmacies. Frequently on scripts written with a year's worth of refills within the last few days/weeks.
If these transfer things actually exisit, why do I get so many of these calls-from the pharmacy? I'd understand if it was from the patient. They don't know. But if transfers from pharmacy to pharmacy are possible, why am I involved. I already said the patient can have this drug for 6 months or a year or whatever. What pharmacy they get it from is their business-not mine(and yes, I know that it is better for patients to get all their meds from the same pharmacy as it is the last line of defense against errors and interactions especially for patients that have multiple doctors but I gave up that fight years ago)

I can't speak for all pharmacists but I know of one pharmacist that hates transfers so much he'd rather just fax a new request to the physician's office rather than call the original pharmacy. No, it's not right to do that either, professionally.

It might also be a case where the new pharmacy simply is unable to get ahold of the original pharmacy and choose trying the physician because of pressure from the patient to get the med. I know that there's a few pharmacies here in Snootyville where I'll be on hold a long, long time. There's been times where I've been on hold 40 minutes just to get hung up on.

Lastly, some states might have a weird protocol or rule because of their board of pharmacy. I know California, New York, and Oregon have some oddities about transfers.

Kassy...another scenario come to mind besides lazy pharmacists. Laws governing the practice of pharmacy vary from state to state (yeah, stupid, I know) and some states think the pharmacist has no professional judgement or common sense.

You issue a new prescription to Mr Jones for Atenolol, a 1 month supply, with 11 refills. Mr Jones takes it and has it filled at Goof Mart. When that month supply is almost done, Mr Jones contacts Wrong Aide pharmacy for a refill and wants the prescription transferred because Crazy RxMan looked at him wrong the last time he was there. But since the drug is working and his insurance allows it, Mr Jones wants to get three months of Atenolol at a time and make less trips to the pharmacy. In some states the pharmacist has to contact the prescriber for authorization to dispense a larger quantity than originally prescribed even though it is obvious from the original order that Dr Kassy wants Mr Jones to have the medication for a year. Thus you get a request from the pharmacy for a new prescription order for Atenolol. More work for a lot of people because of the over regulation of certain aspects of healthcare.

And some pharmacists just like to be a phucking dick and make a competitor wait on the phone as long as possible. I hope there is a special place in hell for these classless, unprofessional a$$-clowns.

Why do people say "sit-tra-zine" when it is obviously "sit-teer-a zine". AARG!

You are correct about NY. We can only transfer one refill at a time so overall it is better for both the patient and the pharmacy just to get a new Rx instead of having to transfer every time they need a refill.

I get it. It drives us pharmacists nuts too. Usually the only reason these idiots transfer is so they can score a gift card or some other similarly garbage reason. Fortunately, it is not allowed in NY state. Doesn't stop these idiots who go on a vacation every month (but are also on public assistance, wrap your head around that) and forget to pack their meds or see some stupid offer to transfer while out of state. For every new Rx request you get, I would guess that we pharmacists have to deal with about a dozen transfers. Count yourself lucky my friend.

Suppose a customer has a prescription at pharmacy A, which he transfers to B, and then to C. He then requests refills over the phone (by touch-toning the numbers into the computer) from A or B (or sometimes both). This will generate refill requests to the doctor, because the prescriptions at A and B are closed. And because the customer does it though the computer, the pharmacy staff never sees it.

We always delete these requests when we do see them, but by then they have been sent.

We've got a fairly good courtesy system here in Ireland, just in general across the board as is our culture (drink, be merry, sure look) but we've got a great pharmacy set up too. Pretty much anyone studying pharmacy does it in the same college in dublin more or less, so they all kinda grow, learn and study together, when they make it in to the working world theres already this great network of old and new pharmacists built up, the chains here aren't THAT big (except for boots) and there are sooo many self owned or small chain pharmacies in the area that borrowing and lending between pharmacies is zero hassle.

"Hey we've a patient in for X but we just run out and we're past cut off for afternoon delivery, any chance you can lend some?"

"Ah yeah we've got that, sure pop over and grab it, we have chocolates a customer left in!!!"

Or in the case of transfers...
"Hey, i'm calling form smiths pharmacy, we're newly opened just down the road, Mrs. Missus has decided to switch to us because it saves her having to cross the road."

"Ah sure of course, we can't have Mrs. Missus crossing that busy road every time, totally understandable, we'll fax down a copy and you can grab the physical one of us at a time that works for you, have a great day!"

It's soooo nice and chilled :) Yet also super professional. The benefits of being a small country, everyones chill and friendly :)