I present to you, my fellow pharmacist or pharmacy technician... two prescriptions. One is real. The other is fake. You must choose. Which one would you fill? 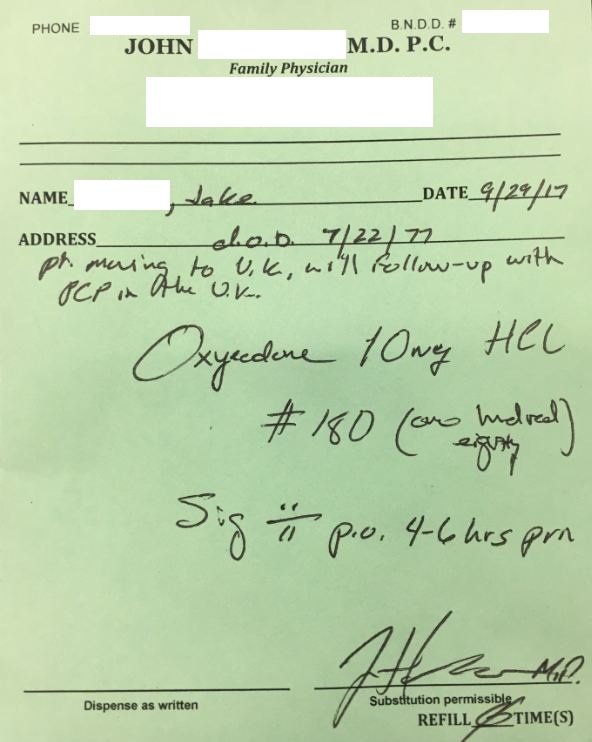 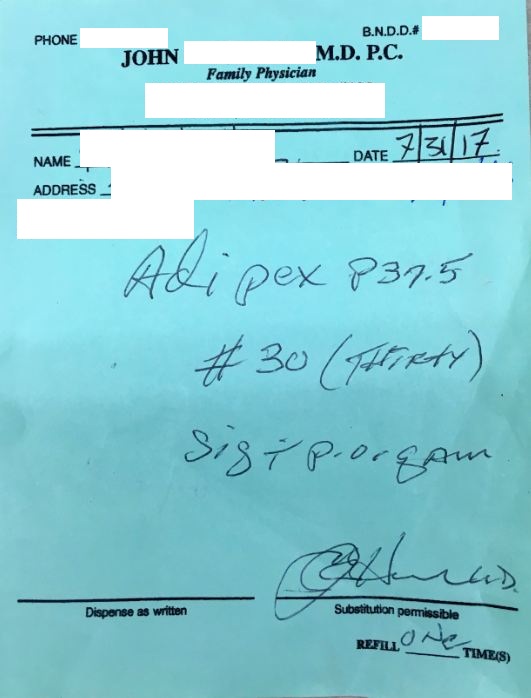 One of these prescriptions is, in fact, a real prescription. The other was created using a home computer and laser printer. I know one looks green and the other looks blue but that's just because of the lighting as these two images were taken at different times. In reality the actual color of the paper is almost exactly the same between the two. The fake script was very well done and actually fooled another pharmacist twice.
Posted by Crazy RxMan at 4:00 AM

I’d fill the oxycodone. Writing the DOB in the address space is something doctors do ALL THE TIME and it drives me crazy. I think that someone faking a script wouldn’t do that.

im going to go with the top one is fake, the handwriting is to good and they put extra info which is rare. But without knowing one was fake, I wouldn't have been able to tell regardless of which one it was.

The first one Id say is fake no dr writes HCL

Top one. Too much info on that one I think

Probably the second one. Looks like they use 2 different kinds of ink. Unless that was the pharmacy that wrote the birthday which I do sometimes

I think the bottom one is fake because the date line appears to be written with a different pen. That alone would red flag it for me.

I think the bottom one is fake, because I can read the handwriting, I've never been able to read my doctors writing.

Top one. The main script writting looks to neat compared to the signature

Not a tech but have a lot of experience with Rx...
I think the top one is fake. Why would you care if patient is moving to UK?

I think the top one is fake. Why would a pharmacist give a shit if the patient is moving to the UK and why would a provider waste so much time writing all that crap on a script? Also, the inclusion of "HCl" leads me to believe the top on is fake. #1. I don't think the HCl is commonly included; usually it is just plain ole "Oxycodone". #2. Furthermore, isn't it just "Oxycodone" anyway, as the generic name? And even IF the HCl were part of the drug name, it would come after "Oxycodone" and not after the dosage of 10mg.

But then again, stranger things have happened on script writing, I'm sure.

I'm going to say the bottom one is fake. The doctor's first initial in the signature is way too sloppy for someone who's signed their name probably tens of thousands of times by now. Also, the lower-case p's on the Rx aren't as smooth as the top, making it look like someone was trying too hard to replicate the handwriting.

Well, don't leave us hanging. Which is it?