Bumps on Plastic Turned into Music 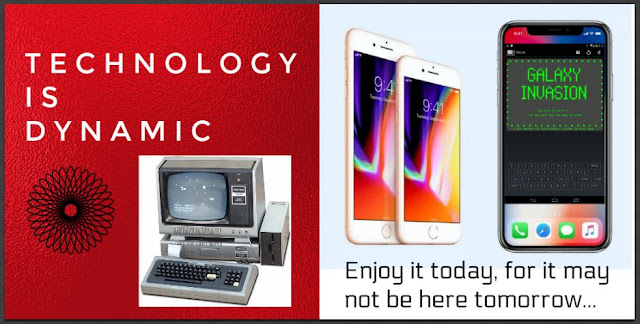 The other day I took my sixteen year old son to the used books and record shop. I picked up a few old vinyl records since they're cheap (at the right places) and good old nostalgic fun. 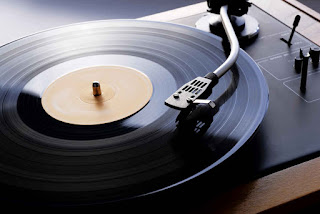 Later I was showing my son how to play vinyl records. He was fascinated with the technology. He says the record player "turns bumps on plastic into music." I felt old to realize that this was THE way to play music other than listening to cassette tapes, 8-Track tapes, or the radio.

In the past thirty years alone technology has changed so dramatically that it makes me wonder what will change in the next thirty years. I remember thinking how cool it was that I had a 80 track double density 5.25" disk drive for my TRS-80, making my 35 track single density friends look so foolish. Years later I had a 100mb Zip Disk drive running on Windows 95. Years after that I had a 250mb thumb drive; more than anyone else in school. Now if you don't have a pocket book size one terabyte hard drive you're just not with the standard.

I can play music on my iPhone, stream it to my Amazon Echo, or just have Alexa play it for me using Spotify. I literally have no need to play a vinyl record or mess with it at all. I can sit at my desk and with the press of a few buttons I can literally play ANY song I can think of.

And yet it's still fun to spin a vinyl and listen to the crackle of the needle as it turns bumps on plastic into music. Maybe it's that fun that keeps me from throwing out my old TRS-80 computer. It's been in a box for years and has moved several households in that time. The last time I tried to power it all up was back in 2000. I couldn't get the disk drives to boot. So I put it all back into the box. And having moved again, I'm looking at that old box of computer modules and wondering if I'm every going to get around to getting it all working again. And even if I do, what am I going to do with it? You can literally run every program it ever ran on a cell phone now. There's even emulators to do that for you.

I'll spin some more vinyl while I decide what to do.
Posted by Crazy RxMan at 4:00 AM