Wicked Wednesday Wears me Out

5pm or so... dinner rush. People picking up and dropping off. It's chaos. A lady calls and wants to know what tier her prescription processed under. I tell her, in a quick fashion, because I don't have time to chit chat, that we don't get that information when we adjudicate. It just tells us what to charge the patient and she will need to call her insurance to find out.

6pm or so... a call from someone at that lady's insurance company. She wants to know why the patient's co-pay is $235.12. Honestly, she asked me why that was the co-pay. She seemed befuddled, like someone new on the job or poorly trained. I explain to her that the co-pay price is set by the insurance company she's calling from, not Goofmart. She thanks me and hangs up. 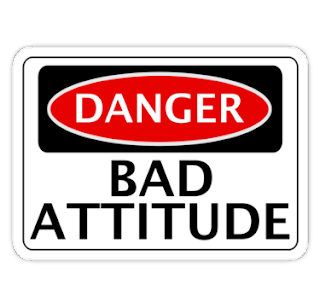 6:30pm or so... the lady's husband now calls. He has attitude... a real bad attitude. He says he just spoke with the insurance lady mentioned above and wants to know WHY we're charging his wife $235.12 when the lady CLEARLY told her the co-pay would be $45 because it's a Tier 3 co-pay. Before I even begin to answer he tells me that if he's not satisfied with my answer that they will take their business elsewhere.

As calmly as I can, I try to explain what happens on our end. Before I'm even through with the first sentence he cuts me off and goes on for a paragraph about how he put the information for the drug on the website and how it said $45 and that the insurance lady was on the phone with him for a long time and assured him it was $45.

So after he finally shuts up, I start to tell him again about the adjudication process. I tell him when we send off a claim for payment, it goes through the web somewhere... then he cuts me off again and says, "I don't want to hear that crap. You're not giving me any details. I'm losing faith in your ability as a pharmacist..." and goes on again for another couple of sentences. So ok, I've got a real jerk on the line now and he wants details. So I start by telling him about the numbers we need to process a claim... BIN, PCN, group, Cardholder ID. He stops me. "Cardholder ID? What's that?" So I have to tell him that's his wife's ID number PRINTED on the insurance CARD. (Really) Then he wants to verify all this information with me, so I do. When I get to the group it's not what he has written down. "Ah ha! Ah ha! I knew you people had something wrong!" I ask him for the group again and change it in the computer. It's really the same group, just a different state, but he wouldn't believe me. Anyway, it comes back $235.12. I tell him.

He gets belligerent and tells me that there's something wrong with our system because he was told that the co-pay would be $45. I try to explain to him once again that WE don't set the price... it is SET BY the insurance company. I then tell him that the lady that called me seemed confused about the process herself... and she was. It was odd, I told him, because someone in the pharmacy benefits should know how it works but she didn't seem to know at all. I said the insurance lady seemed confused.

Now he has an even worse attitude. He tells me that I'm the one with the problem. "Me? You mean ME personally?" I asked. "Why?" I'm told because the lady that helped me was really nice and wasn't confused. He says I'm the one that's confused. He also said his wife was treated rudely yesterday by whoever helped her. From what he said all I can ascertain is that the same information I gave was given to her about the tier of the drug and the co-pay, and additionally was first told the price was over $1,000. He obviously didn't understand that whoever helped her was just telling her the cash price.

I apologize (for what reason, I have no idea why) to him and tell him I will call the insurance and find out why it is $235.12. He said "You better or I'm taking my business elsewhere." So then I tell him, "Let me verify YOUR phone number. I start rattling it off." And then he was ruder than ever before: "Ah ha! Ah ha! That's why I don't have any faith in you! That's MY number, not the number of the insurance company!"

I sigh. "I'm verifying YOUR number so I can call YOU back when I'm done calling the insurance."

I call the insurance, and of course, verify that the co-pay is $235.12. I explain the situation to "John" (with the east Indian accent) and tell him how angry the patient and her husband are. I tell him that they're expecting a co-pay of $45. "Yes, it is $45, but they have an upfront deductible of $190.12." When I ask why the patient wasn't told this by the insurance lady, I get "I don't know." I can't be mad at John. How would he know?

So... I call back the husband and explain the upfront deductible and that the co-pay is indeed $45 but that the deductible is collected with the co-pay. I couldn't help myself. I said "This is why I said the insurance lady you talked to seemed confused to me... this is information she should CLEARLY know and should have told you."

No apology for being an ABSOLUTE ASS. Nothing.
Posted by Crazy RxMan at 4:00 AM

you don't honestly expect patients to apologize for being wrong, do you.

I'm in an imaging department. Patients give us their health card to register. We give it back, they stick in some side pocket of their huge purse. 5 minutes later they are back at the counter screaming that we stole their health card.
Well, yes we did steal it, we have a whole drawerful of stolen healthcards, you idiot.
Usually takes another 5 minutes of convincing them to search through that stupidly large purse and all their pockets (winter is even worse because there is a coat with eight pockets where they might shove it).
"Oh, here it is."
No apology, no I'm sorry. Nothing.

My frustration is the insurance co-pays that are a percent of the cost of the drug, say 20%. The patient/customer then needs to call around to different pharmacies to get the cash price of the drug which can change from month to month. We all know a patient is safer when they get all their prescriptions from the same pharmacy every month. Often the pharmacist can't say what the cash price is without processing the prescription. Then it wastes everyone's time to go elsewhere. If you ask the cash price of a controlled drug, you look like a med seeker. Half the time they don't even want to say whether it is in stock so you have to go through the whole process just to find out your potential copay. I get that the insurance companies want you to shop around for the best deal. I find there is over a $150 difference in the price of Lantus between 4 major retail pharmacies. But, who has the best deal isn't always the same month to month. This is a formula that will just make everyone miserable.

I'm just confused as to why you wouldn't take him up on his offer to go elsewhere?

The problem is customers not going back to the insurance company and ripping them a new one. In this case the husband should have called the lady back and demanded to speak with her boss. She didn't give out correct information and should have been held responsible. Consumers and providers are being pitted against each other by insurance companies. It's getting worse because biggov has removed competition. Insurance companies will continue to treat us this way until we push back.

The problem is customers not going back to the insurance company and ripping them a new one. In this case the husband should have called the lady back and demanded to speak with her boss. She didn't give out correct information and should have been held responsible. Consumers and providers are being pitted against each other by insurance companies. It's getting worse because biggov has removed competition. Insurance companies will continue to treat us this way until we push back.

To 8:53 am - I agree completely. Also, my cat takes Lantus so we have no insurance for that. We have found that a small, local independent pharmacy has the consistent best price. It has been $257/bottle for well over a year now. The other pharmacies changed by up to $200 month to month. Is my price in line with what you are finding?

It would really help if there was a way for the pharmacist to quote a cash price without having the script in hand. Otherwise, I need to drop of the script, get the price, get the script back, go to the next pharmacy, repeat and repeat. It is a giant time suck. It gets even worse when the prescriptions are e-prescriptions only and you can't tell them you just want the price, not it filled.

Unfortunately, calling the insurance company as the patient is just as frustrating. They don't know anything. I've read them their contract before and they act like that is simply impossible.