One Reason WHY Your Pharmacist Looks Miserable

This has happened so many times I've decided it has to be me because I'm just not getting it:

"This is Barbara Askemtwice. Is my Lipitor ready for pick up? You had to call the doctor for a refill."

I fiddle diddle on the computer.

"Yes, it was refilled yesterday with two additional refills. It's on the shelf now, ready for pick up."

"So they authorized a refill?"

"And it's been refilled?" 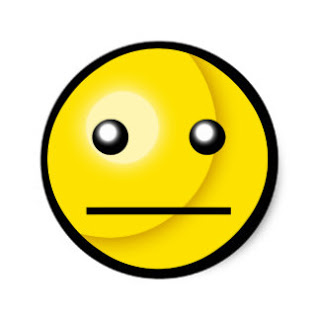 Holding gun to my head. "Yes."

What's the deal? This has happened so many times I can't keep track. What is it about the words "It's on the shelf now, ready for pick up" that is so confusing? Seriously. Are these people impaired in some way? So bored that they want to turn a 30 second conversation into a five minute one? What is it about my delivery? What? What? What?

Arrrrrrrggggggghhhhhhhhhhhhh!
Posted by Crazy RxMan at 4:00 AM

I think its because we're not used to good news. When someone tells us something positive we tend to question it, looking for the
'gotcha' that is so often lurking just around the corner. Maybe its indicative of the times we live in that we only expect bad things to happen.

I have had the pharmacy call me to let me know my prescription was ready but when I got there an hour later I found it hadn't been filled. Soooo....I understand why some people might be skeptical.

@anonymous: That would be why, at my store, we always tell people to not completely trust the automated calls informing them their prescription is ready. It's a computer; how is it supposed to know what's on order/coming from out of state? We always advise our customers to call us and verify that something actually is ready first before driving down (and then invariably being mad at us that it's not).

are you sure it wasnt a call letting you know there was an issue with filling the prescription? patients almost never listen to the calls, they just assume something is ready. then they scream at us when the computer made the call automatically.

or, maybe its been ready for a week, week and a half and you got one last courtesy call, then it was returned to stock because meds cant sit on the shelf forever.

But if you call to verify, the crazy RX man would be annoyed because you're taking him away from his work when you can easily check via the computer if it is ready or not! ;)


Yes, I am sure it was calling to tell me it was ready. The message said "This is Big Pharmacy calling to inform you that your prescription is ready for pickup at 1313 Mockingbird Lane.". Can't be much more specific than that. This is the same pharmacy that kept refilling a script that I didn't need. It had been on automatic refill for a long time, but I stopped taking it. 2 weeks before it was to be filled, I went there, in person, and told them not to refill it. They said it was no problem. 2 weeks later I got a all saying it was ready. I went back to the pharmacy and told them, again, that I didn't need it and to please take it off auto refill. They said they would take it off. A month later, sure enough...call...it was ready again! I called them this time and they said they'd take it off. A month later...BOOM! Prescription is ready! Back to the pharmacy, in person, to tell them to stop filling it. This time I asked them why they were making more work for themselves. They said they were sorry, they'd take it right off it I wouldn't get a all the next month. The next month, can you guess what happened? Yep. Prescription refilled and ready for pickup. I just ignored it. I didn't call them, I didn't go there in person, I just ignored it. By ignoring it, it seems to have gone away...they have not called in 2 months.