Kermit the Frog is green. 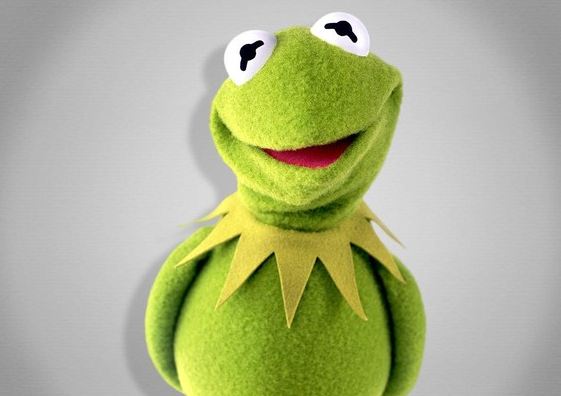 Kermit even sings a song about being green. You can find it here:

No one would argue with you that Kermit is, in fact, green. He's a green frog. It's just a fact, Jack.

And yet, there's "evidence" that Kermit the Frog is actually yellow. Consider the following:

Lemon-Lime Gatorade: It's the same color as Kermit the Frog. But some people call it the YELLOW Gatorade, including my silly offspring. Back before there were ten jillion different flavors of Gatorade, there were only two: Orange and Lemon-Lime. We called them by their colors-- orange and green.

But somehow the "green" Gatorade became the "yellow" Gatorade, despite the fact that Kermit is the SAME DAMN COLOR as the Gatorade. Here's proof: 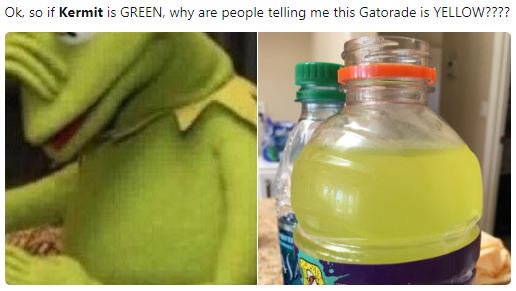 Clearly this is a conspiracy. It goes all the way to the makers of Gatorade. Look what they list on the back of the bottle: 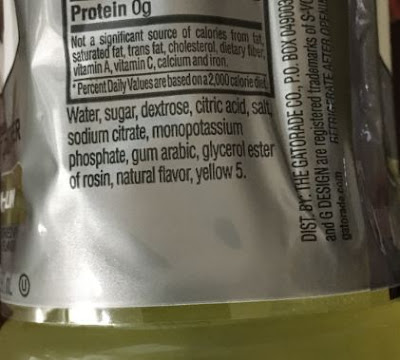 Yellow Number 5. Is there no end to this conspiracy? How deep does the rabbit hole go? I fear now that I've discovered this conspiracy that I'll be eliminated. 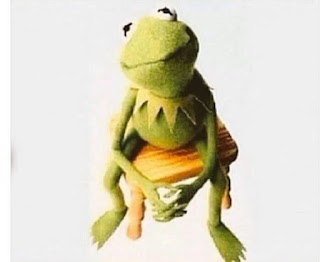 I see them as two distinctly different colors!

You're just part of the conspiracy.